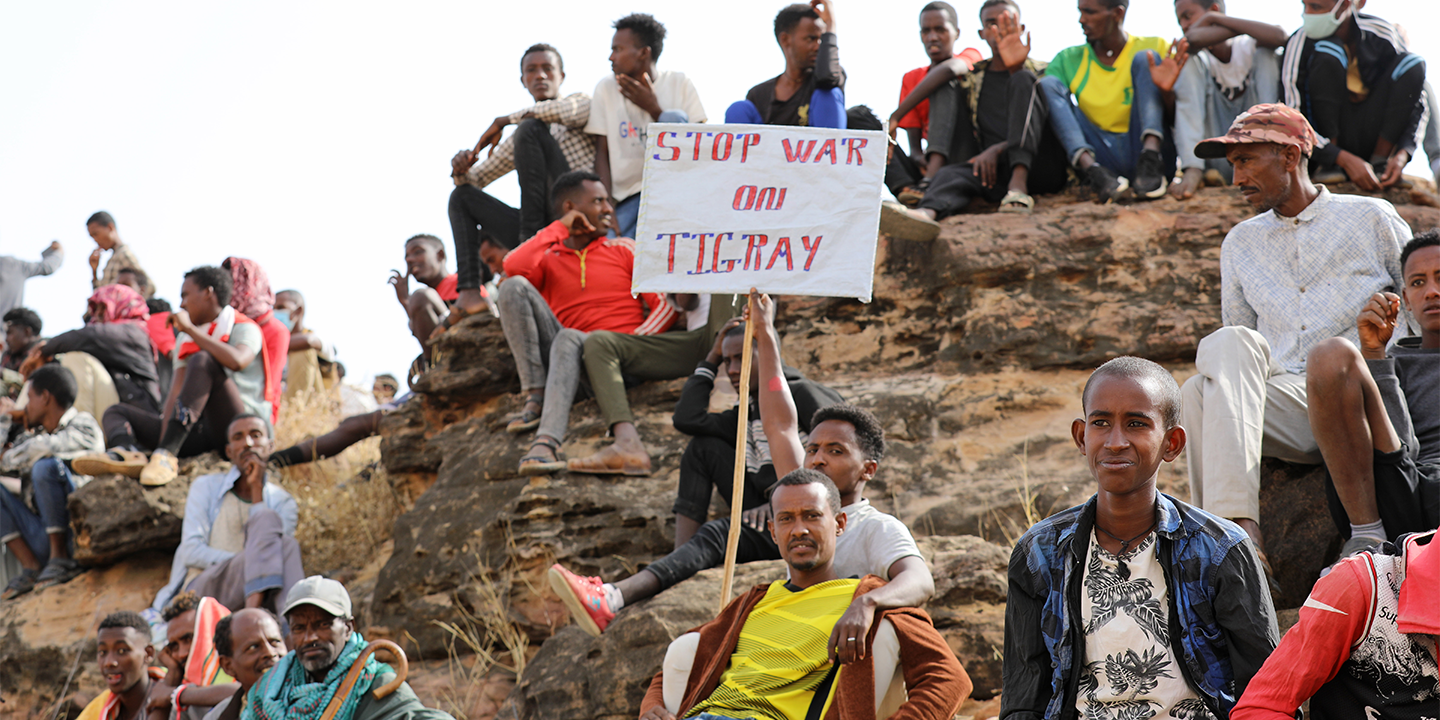 After a five-month-long humanitarian ceasefire that had been in place since March, fighting resumed in northern Ethiopia on 24 August around the town of Kobo in the Amhara region. Two days later, an airstrike by the Ethiopian National Defense Forces (ENDF) struck a kindergarten in Mekelle, the capital of the Tigray region, killing at least four people, including two children. The UN Children’s Fund (UNICEF) condemned the airstrike, stressing that, “yet again, an escalation of violence in northern Ethiopia has caused children to pay the heaviest price. For almost two years, children and their families in the region have endured the agony of this conflict.” UNICEF also reported that shelling along the Afar/Tigray border has killed children and injured many others.

Ethiopia’s federal government and the Tigrayan People’s Liberation Front (TPLF) have traded blame for breaking the ceasefire, which had allowed some much-needed humanitarian aid to enter the northern Tigray region, which had endured what the UN called a “de facto aid blockade.” In January 2022 Director-General of the World Health Organization, Dr. Tedros Adhanom Ghebreyesus, said, “for more than 21 months, the 6 million people of Tigray have been under a suffocating siege that has killed people not only with bullets or bombs, but by weaponizing banking, fuel, food, electricity and health care.” Aid delivery was suspended again following the recent escalation, due in part to the seizure of 12 tankers of fuel on 24 August by Tigrayan authorities from a World Food Programme compound in Mekelle.

Since conflict between the ENDF and its allies and forces loyal to the TPLF initially began in November 2020, widespread violations of international humanitarian and human rights law have been committed by all parties. The violations include indiscriminate bombings and attacks on civilians, ethnic-based killings, sexual violence, forced displacement, use of child soldiers, and the systematic destruction of food, water and healthcare systems, some of which may amount to war crimes, crimes against humanity and ethnic cleansing.

The recent escalation has shattered hopes of achieving peace, which had tentatively progressed during the ceasefire. On 25 August UN Secretary-General António Guterres spoke to Ethiopia’s Prime Minister Abiy Ahmed and the leader of the TPLF, Debretsion Gebremichael, urging them to end the hostilities and create conditions to restart an effective political dialogue.

Ethiopia Expert at the Global Centre for the Responsibility to Protect, Sarah Hunter, said, “as the conflict threatens to intensify once again, the international community must take a more proactive role in encouraging all parties to the conflict to agree to an immediate cessation of hostilities. Millions of suffering civilians have waited far too long for action.”

Following a build-up of rival forces over the past week, on 27 August clashes erupted in Libya’s capital, Tripoli, killing at least 32 people and injuring over 150, including children. Indiscriminate shelling reportedly occurred in populated areas, forcing migrants to flee from detention centers and resulting in significant destruction of civilian property. Libya’s health ministry stated hospitals and medical centers were shelled and ambulance teams were barred from evacuating civilians, acts that could “amount to war crimes.”

Responding to the clashes and heightened tensions, the UN Human Rights Council-mandated Fact-Finding Mission (FFM) on Libya urged all parties involved in the hostilities to refrain from any further escalation and to protect the human rights of civilians, including their lives and property. In a statement the FFM condemned “the use of force and violence with heavy weapons and the failure by armed groups to take measures to safeguard civilians and civilian property from the impact of the fighting.”

An ongoing power struggle between Libya’s rival administrations who are vying for control of the country has fueled instability. Clashes between rival militias supporting the competing administrations have become increasingly common following the indefinite postponement of elections scheduled for December 2021. Despite the frequency of recurrent clashes, the 27 August fighting was the most severe witnessed since an October 2020 ceasefire and subsequent establishment of a provisional government in March 2021. On 21 July clashes broke out in Tripoli that killed at least nine civilians, including three children. Fighting also took place on the main coastal highway outside of Misrata days later.

Civilians have borne the brunt of recurrent cycles of conflict in Libya for over a decade, as political fracturing has repeatedly led to armed conflict following the overthrow of former President Muammar Qaddafi in 2011. The FFM has found evidence of probable war crimes and crimes against humanity committed in Libya since at least 2016 by all parties to the conflict, including militias, third states, foreign fighters and mercenaries.

Savita Pawnday, Executive Director of the Global Centre for the Responsibility to Protect, said, “political elites in Libya must demonstrate responsible leadership and address the key drivers of the political stalemate to allow for elections to be held as soon as possible. Libya’s civilians must be protected from further unnecessary violence.”

INTERNATIONAL DAY OF THE VICTIMS OF ENFORCED DISAPPEARANCES

After 11 years of armed conflict, more than 100,000 people are believed to have been forcibly disappeared or missing in Syria. There is evidence that many detainees have also been subjected to torture and ill-treatment. The whereabouts and fate of the missing and disappeared remain unknown as parties to the conflict withhold information from family members. The UN-mandated Commission of Inquiry on Syria, Syrian victims and survivors, as well as their families, have advocated for the creation of an independent international mechanism to resolve the issue of the forcibly disappeared.

For seven years civilians in Yemen have faced enforced disappearances, with all parties to the conflict having detained hundreds of Yemenis, including human rights defenders and journalists, in official and unofficial detention centers. According to the UN Group of Eminent Experts on Yemen, detainees have been subjected to torture, including sexual violence, and other forms of cruel, inhuman or degrading treatment.

In China the government has used enforced disappearances in a widespread manner to target individuals for their actions or speech, such as human rights defenders or lawyers, as well as to terrorize ethnic or religious communities, including Uyghurs and Turkic Muslims in the Xinjiang Uyghur Autonomous Region.

Short-term enforced disappearances have become a defining feature of state-led repression under the government of President Nicolás Maduro in Venezuela and have been used against political opponents or persons perceived as such, and their relatives.

All states should adopt and implement the ICPPED and end the unlawful practice of enforced disappearance. Member states should also provide adequate protection, assistance and support for victims and their families, including investigations and reparations. Every person who suffers from harm due to an enforced disappearance has the right to know the truth, and states must guarantee this right.