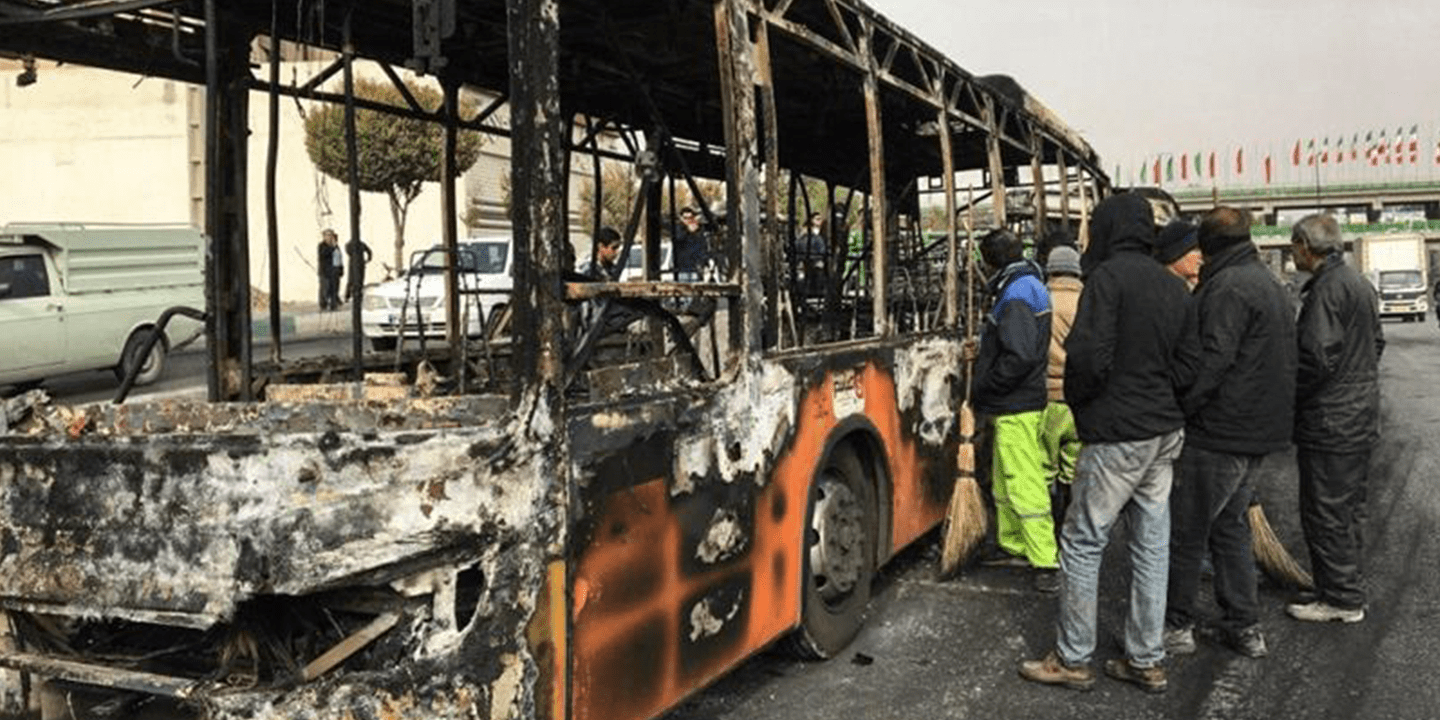 Dozens killed as deadly force used against protesters in Iran

Protests broke out across Iran last Friday, 15 November, after the government announced a significant increase in fuel prices to offset the effects of United States’ sanctions on the country. The protests, which have seen tens of thousands of people participate in at least 100 cities and towns, were met with deadly force by government security forces. Meanwhile, some demonstrators have set fire to banks and petrol stations, blocked roadways, and attacked government buildings.

Across the country, the security forces have used live ammunition against protesters, resulting in significant loss of life. The security forces have been accused of firing indiscriminately into crowds, as well as deploying snipers against protesters. While government-imposed internet and phone restrictions have prevented the release of detailed information on casualties, Amnesty International reported on 19 November that at least 106 protesters have been killed. The real death toll may be much higher.

According to government figures, at least 1,000 demonstrators have also been arrested. Kayhan, a hardline newspaper linked to Iran’s supreme religious leader, Ayatollah Ali Khamenei, has publicly called for some protesters to be hanged.

The Universal Declaration of Human Rights enshrines the right of all people to “freedom of expression and opinion.” Article 20 also specifically protects “the right to freedom of peaceful assembly and association.” Any government that uses disproportionate and deadly force to deny these rights risks violating international law.

The protests in Iran coincide with a wave of anti-government mass protests in a number of countries around the world. In a statement issued on 19 November on the situation in Iran, the Spokesperson for the UN High Commissioner for Human Rights, Rupert Colville, noted, “As so many other popular protests across the world have illustrated all too clearly in recent weeks and months, simply responding with harsh words and an iron fist raises a significant risk not only of violating international norms and standards but also of seriously aggravating the situation to everyone’s disadvantage.”

It is essential that Iran’s government respect the right to peaceful assembly and ensure its security forces act in accordance with international human rights standards. Iran’s government and the religious authorities should take meaningful steps to de-escalate the situation and prevent any further loss of life.

On 16 November the New York Times published 403 pages of leaked Chinese government documents, revealing new details about the large-scale detention program in the Xinjiang Uighur Autonomous Region (XUAR), where approximately one million Uighurs and other Turkic Muslim minorities are being held in internment camps.

The documents confirm that the crackdown in Xinjiang was a result of pressure from top government officials, including President Xi Jinping. Following a visit to XUAR in April 2014, President Xi gave a speech to government officials calling for a “struggle against terrorism, infiltration and separatism” to be conducted with “absolutely no mercy.” The Communist Party Secretary of XUAR, Chen Quanguo, used President Xi’s words to justify Uighur persecution and drastically expand the camps, where detainees are held without formal charges or due process.

The leaked internal documents also provide new details of forced family separations and the propaganda campaign regarding Uighur detentions. Government officials were instructed to tell students who returned from school and were unable to find their parents or relatives, that their family members had been placed in training schools. The guide also recommended telling students that their family members had been “infected” by the “virus of Islamic radicalism” and must be isolated and cured.

The large-scale detention program, removal of Uighur children, systematic abuse of detainees and lack of information regarding the fate of persons in state custody in XUAR may constitute crimes against humanity under international law.

The Chinese authorities must end the systematic persecution and arbitrary mass detention of ethnic Uighurs and other Muslim minorities in XUAR. All UN member states, especially influential members of the Organization of Islamic Cooperation, should urge China to respect the rights of Muslim minority communities and call for unfettered access to Xinjiang for the UN Office of the High Commissioner for Human Rights.

Historic steps towards international justice for the Rohingya genocide

Over the past week there have been a number of historic developments in the pursuit of accountability for genocide and other mass atrocities committed against the Rohingya minority in Myanmar (Burma), including at the International Court of Justice (ICJ) and the International Criminal Court (ICC), as well as in Argentina.

On 11 November The Gambia formally filed a case at the ICJ, accusing Myanmar of “genocidal actions against the Rohingya people.” The lawsuit, which The Gambia submitted on behalf of the 57 members of the Organization of Islamic Cooperation, asks the ICJ “to adjudge and declare Myanmar to have violated its obligations under the Genocide Convention, to order Myanmar to cease and desist from its genocidal acts, to punish the perpetrators, and to provide reparations for the Rohingya victims.” The Gambia’s lawsuit at the ICJ is the first international legal effort to establish state responsibility for the genocide against the Rohingya.

Two days later, on 13 November, Burmese Rohingya Organisation UK, supported by the Abuelas de Plaza de Mayo and the Fundación Servicio Paz y Justicia, filed a case in an Argentinian court under the principle of universal jurisdiction, urging the prosecution of senior military and civilian officials who may be criminally responsible for atrocities committed against the Rohingya community in Myanmar. State Counsellor Aung San Suu Kyi is among those named in the case, the first time Myanmar’s de facto leader has been legally challenged over the 2017 atrocities. Under the principle of universal jurisdiction, perpetrators of genocide, crimes against humanity and war crimes can be prosecuted domestically irrespective of the citizenship of the perpetrators or victims, or where the crimes were committed.

Then, on 14 November, Pre-Trial Chamber III of the ICC authorized the opening of an investigation into alleged crimes within the ICC’s jurisdiction in Bangladesh/Myanmar. While Myanmar is not a State Party to the ICC, Bangladesh is. The pre-trial judges accepted that crimes against humanity may have been committed, including forced deportation carried out by Myanmar’s security forces across the Myanmar-Bangladesh border and “persecution on grounds of ethnicity and/or religion against the Rohingya population.”

In response to these significant legal developments, the Executive Director of the Global Centre for the Responsibility to Protect, Dr. Simon Adams, said: “One way or another there will be justice for the genocide committed against the Rohingya. Perpetrators want silence, but victims and survivors deserve justice.”

Members of the international community should support these legal processes and take further action aimed at punishing the perpetrators and halting atrocities in Myanmar. In particular, the UN Security Council needs to end its silence and inaction, and immediately adopt a resolution imposing an arms embargo and targeted sanctions on those senior officials in Myanmar who are responsible for genocide.