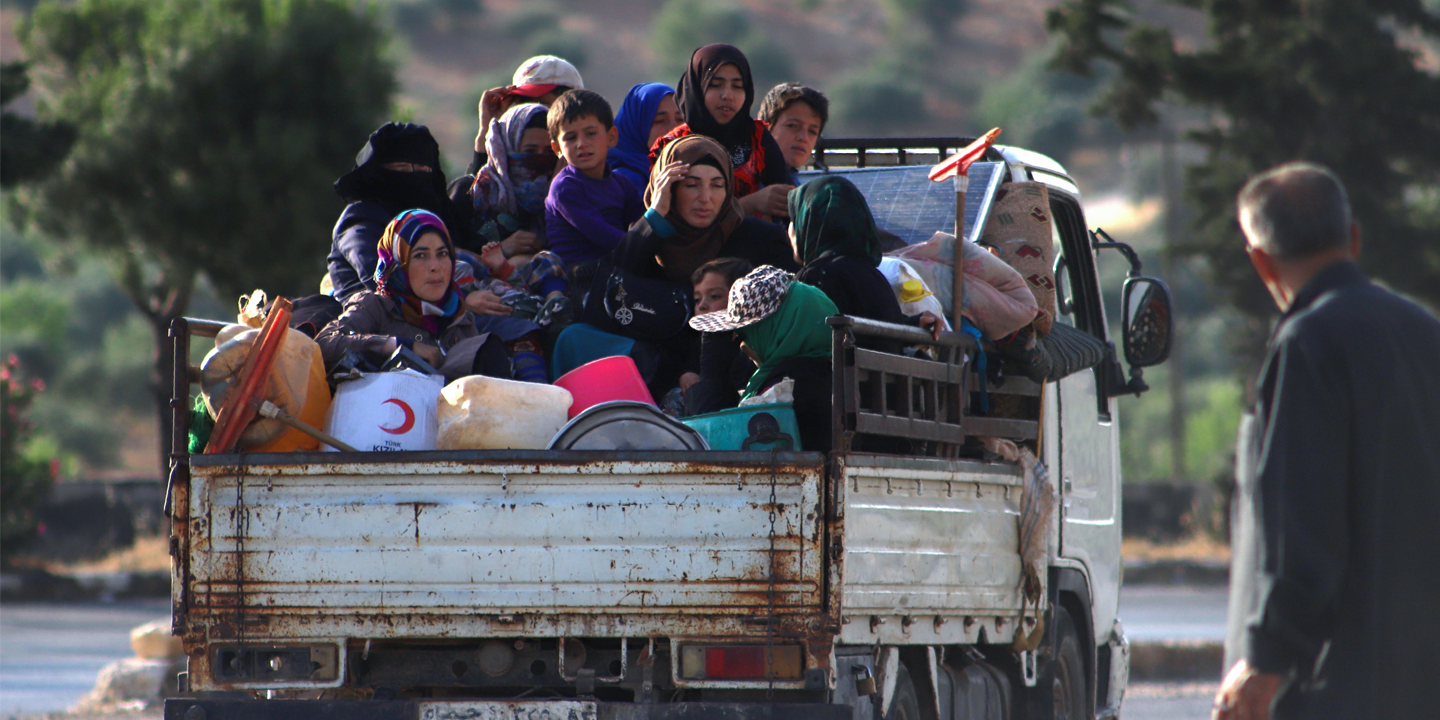 Yesterday, 7 July, Russia and China jointly vetoed a UN Security Council (UNSC) draft resolution to renew the mandate for UN cross-border humanitarian aid deliveries to millions of vulnerable Syrians. This brings the total number of Russian vetoes on the situation in Syria to 15, including 9 joint vetoes with China. The other 13 members of the Council all voted in favor of the resolution.

The UNSC first authorized cross-border aid deliveries in 2014, creating four points through which humanitarian aid could be delivered from Turkey, Iraq and Jordan into areas outside government control in northern Syria. Russia has consistently advocated for the cessation of cross-border deliveries, claiming that aid should be delivered via Damascus instead. Due to Russian pressure, when the most recent cross-border aid mandate was adopted on 10 January, it only maintained two border crossings in the northwest, while two crossings in the northeast were removed. This cut off life-saving food and medical supplies to hundreds of thousands of Syrians.

Rather than increasing aid to vulnerable populations during the current COVID-19 pandemic, Russia is now pushing for the removal of a northwest crossing (Bab al-Salam) and a limited six-month renewal for the other remaining entry point. The previous cross-border mandate expires this Friday, 10 July. Mark Lowcock, UN Under-Secretary-General for Humanitarian Affairs and Emergency Relief Coordinator, told the UNSC that, “a failure to extend the cross-border authorization would sever the UN operation currently underway… It would cause suffering and death.”

For many years cross-border humanitarian aid in Syria was one of the few things the UNSC could agree upon. But after 9 years and 15 vetoes, Russia and China are showing a new level of cruelty in their abuse of the veto to achieve political ends. The entire UNSC should urgently reauthorize both northwest crossings as well as one in the northeast for as long as needed, and ensure that millions of Syrian civilians are not abandoned to possible starvation.

Since 29 June at least 239 people have been killed during protests, riots and ethnic violence in Ethiopia. The dead includes 215 civilians, as well as several police officers and militia members.

The political unrest started after the shooting of a prominent ethnic Oromo activist and singer, Hachalu Hundessa, outside his home in Addis Ababa. Members of “Qero” groups, predominantly young Oromo activists, immediately started protesting in response to the murder. A number of protests also turned into riots, with the destruction of property and the targeting of members of other ethnic groups. In an attempt to stem the violence, the military was deployed throughout the capital and the surrounding Oromo region. The government has also shut down internet access.

Hachalu’s songs describe the plight of the Oromo people in Ethiopia and were used as anthems during an anti-government protest movement from 2015-2018. The mass protests resulted in security forces killing at least 500 demonstrators and the eventual appointment of the reformist Prime Minister, Ahmed Abiy. He has condemned the killing of Hachalu which he claims was carried out by people attempting to sow unrest in Ethiopia.

The latest violence is a consequence of unresolved ethnic conflicts and political tensions that have left more than 1.6 million Ethiopians displaced. Some ethnic groups feel marginalized by Ethiopia’s federalist government, and allege that the system has resulted in ethnic favoritism. In addition, many Ethiopians remain deeply distrustful of state authorities due to the country’s long history of dictatorship and past human rights abuses.

Democratic elections planned for August have been postponed due to the COVID-19 pandemic. In the meantime, Prime Minister Abiy should confront the underlying sources of conflict in Ethiopian society and expeditiously implement reforms to protect human rights and guarantee equal access to government resources and services. The security forces must exercise maximum restraint while responding to peaceful protests, but should immediately arrest those who incite ethnic violence.

While a formal ceasefire negotiated as part of the September 2018 peace agreement has largely been maintained, the country is currently experiencing a sharp increase in inter-communal violence. Since mid-February, clashes between armed youths from the Lou Nuer, Dinka Bor and Murle communities have occurred in parts of central and eastern South Sudan, particularly Jonglei State and the Greater Pibor Administrative Area. Hundreds of people have reportedly been killed during battles stemming from disputes over cattle and access to water and grazing land. Tens of thousands of civilians have also been displaced. On 3 July at least 38 people, including five children, were killed during an attack by armed Murle youth in Duk County, Jonglei State.

Earlier this year, on 22 February, South Sudan established a new Transitional Government of National Unity (TGoNU). Juliette Paauwe, Senior Research Analyst at the Global Centre for the Responsibility to Protect, stated that, “although the establishment of the TGoNU was an opportunity to finally confront long-standing ethnic and political divisions, the government is still struggling to uphold its responsibility to protect vulnerable populations.” The recent COVID-19 outbreak has also exacerbated the dire humanitarian situation in one of the most impoverished countries in the world.

As South Sudanese people celebrate their hard-won independence tomorrow, their government should commit to ending the cycle of recurring armed conflict, atrocities and impunity that continues to plague South Sudan. Now is the time to confront corruption, overcome perceptions of ethnic favoritism, and set out a human rights agenda that includes much-needed reforms to the security sector. The TGoNU should also ensure that all perpetrators of past atrocities are finally held to account, including through the long-overdue establishment of the Hybrid Court for South Sudan.

Another 33 civilians killed as atrocities continue in central Mali

For the past few years the Mopti region has been the epicenter of a series of retaliatory inter-communal attacks. Clashes continue between militias from the predominately Muslim Fulani community and traditional hunters called “Dozos,” who come mainly from the ethnic Dogon community. Many of these attacks have occurred not far from Ogossagou, where 30 Fulani civilians were killed in February and 160 were massacred a year earlier.

The latest attacks occurred just days after the UN Security Council renewed the mandate of the UN peacekeeping force in Mali (MINUSMA) and the 30 June G5 Sahel summit, where French President Emmanuel Macron stated that a recent change in military tactics by the G5 Sahel Force had yielded “spectacular results.”

Despite the presence of the G5 Sahel Force, French troops and MINUSMA, 589 civilians have been killed in the first half of this year in central Mali. Attackers also deliberately inflict significant economic damage on communities by burning houses and granaries, and killing or stealing cattle. Since the beginning of 2020, more than 97,000 Malians have been forced to flee the central and north-eastern regions of the country. Nearly one million people in the two regions are also food insecure.

The UN High Commissioner for Human Rights, Michelle Bachelet, has stressed that, “the vicious cycle of retaliatory attacks” between Dogon and Fulani militias “has created a situation of chronic insecurity for the civilian population, who are not able to count on the protection of the Malian forces. This needs to stop.”

It is essential that the Malian government intensify its work with traditional and religious leaders to develop programs aimed at improving inter-communal relations in the Mopti region. Disarmament, demobilization and reintegration efforts need to focus on areas where atrocity risks are intensifying across central Mali. Ending the current climate of impunity is also crucial. All ethnically-motivated attacks must be properly investigated and the perpetrators brought to justice.