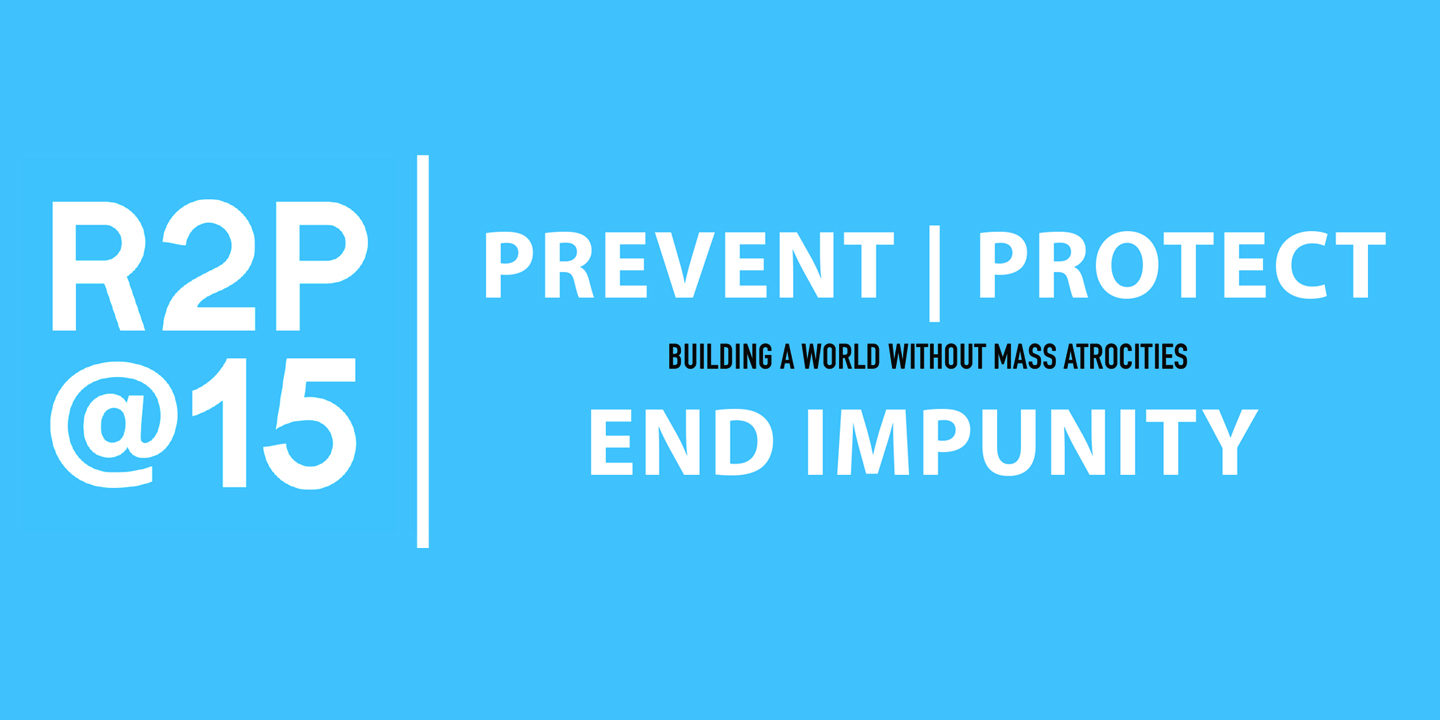 A reflection on the Responsibility to Protect in 2020

Fifteen years since the adoption of the principle of the Responsibility to Protect (R2P), I would like to reflect on what it is, at its core. R2P is essentially about preventing and protecting people from the most heinous atrocity crimes – genocide, war crimes, ethnic cleansing and crimes against humanity. This essence is sometimes undermined by debates in which criticisms about implementation deficits are used to discredit the entire principle. The disconnect between the UN World Summit in 2005, when UN member states unanimously committed to protect populations from atrocity crimes, and the disparity in its implementation is highly problematic, as it leaves open the door for atrocity crimes to continue to be committed, while effective national, regional and international action is displaced by what are essentially political arguments about lack of conceptual consensus. The grim reality of today’s ongoing crises is a stark reminder of the need to redouble efforts to effectively implement the responsibility to protect.

A related issue I would like to address is that R2P is sometimes criticised for being a “Western,” liberal notion that reflects imbalances in world governance and is tilted to the benefit of those with more power. As a South African, this discourse is not unfamiliar to me, and is informed by experiences that deserve consideration. In assessing the validity of this charge in relation to the Responsibility to Protect, however, it is important to consider the facts. The development of the principle was a direct response to former UN Secretary-General Kofi Annan’s challenge to the international community to learn from the lessons of past failures and prioritize the prevention of another Rwanda or Srebrenica, and was articulated in the form of a strong commitment by all member states to preventing and responding to atrocity crimes in the 2005 World Summit Outcome Document.

While the International Commission on Intervention and States Sovereignty (ICISS) that eventually coined the term ‘Responsibility to Protect’ was initiated by Canada, the members of the commission were drawn from all regions of the world, and global consultations informed the final report. As we also know, ICISS built on existing ideas, particularly those emanating from Africa. These included the Organization of African Unity, and later the African Union’s shift from non-intervention to ‘non-indifference’ and South Sudanese diplomat and scholar, and later Special Adviser on the Prevention of Genocide, Francis Deng’s notion of ‘sovereignty as responsibility.’

Furthermore, the ethical premise that underlies R2P – the idea of responsibility towards others – is at the heart of many different cultural and religious traditions. The conception that those who hold political authority have a responsibility to protect their subjects or citizens spans many societies and cultures. The same goes for various humanitarian traditions that concern responsibilities to those beyond one’s immediate community. In reflecting on the 15 years since the R2P commitment was made, it is crucial that we build a more inclusive narrative to validate the notion that this is a global and shared responsibility.

Viewing R2P from the perspective of the global South, including the southern African notion of ubuntu, the Latin American idea of sumak kawsay, or Daoist understandings of relationality, allows us to conceive of responsibility towards others in a slightly different way. Despite their differences, all of these worldviews emphasise that, as humans, we are all inextricably connected to one another, and according to some, also to nature. As individuals, and as states (which, arguably, are an extension of the individual), we therefore do not merely have a responsibility towards others due to a sense of obligation or duty, but rather because we are all intimately related.

Responsibility towards others is really also responsibility towards ourselves, and to the community (whether local, national or global) of which we are a part. The current coronavirus pandemic is a stark reminder of this global connectedness, and serves as a useful metaphor for how, by protecting others from infection, we are ultimately protecting ourselves, and the community at large. This is important in challenging the ‘us/them’ dichotomy that is often at the core of political disagreements on the adequacy of the R2P principle – as though some people or states need to be protected because they are unable to protect themselves, and that there are those who are charged with (or have put themselves in charge of) doing the protecting.

Incidentally, over the past 15 years, the most successful cases of atrocity prevention have been when local, national, regional and global actors have worked together, acting collectively to prevent and respond to atrocity crimes. It is therefore important that in reasserting the power of the 2005 political commitment we think about R2P as something that begins at home and extends abroad.

Let us also be reminded that, contrary to some criticisms, the principle does not offer validation to decisions by any state or group of states to take unilateral coercive action on the grounds of the Responsibility to Protect – any such decision must be approved by the Security Council, in accordance with the UN Charter. The future of R2P lies in the recognition that upholding the fundamental political commitment by member states to protect their populations from atrocity crimes, and to assist each other in accordance with the UN Charter and international law when national authorities manifestly fail in their protection responsibilities, cannot be subordinated to political disagreements and speculations about the perceived hidden agenda of some states in invoking the Responsibility to Protect.

In the end, we must not allow political and ideological differences to distract us from paying sufficient attention to signs of increased risk, and taking early action to prevent atrocity crimes from occurring, resulting in uncountable preventable deaths. We need to recognise that we have a responsibility to protect ourselves, our neighbours, and the wider international community, not only because it is a moral duty, and a collective commitment, but perhaps more importantly, because of our shared humanity.